The portion of John "Gilbert" Hill memorial that you are trying to access requires an extension in order to become active again. Would you like to contribute to the memorial?s extension? 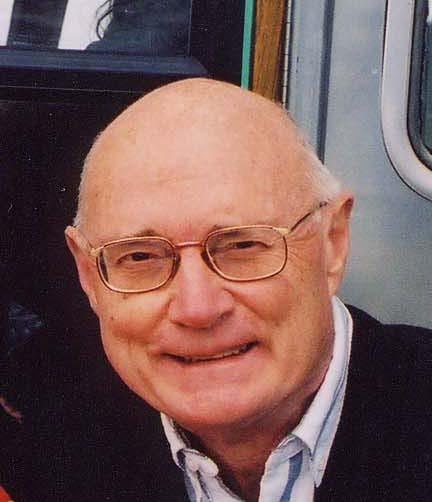 On Sunday, October 25, 2020, J. Gilbert Hill passed away at his home in Ottawa at the age of 90, two days after celebrating Mole Day.

Gilbert was born on May 31, 1930 in Ottawa to Arthur and Ella Hill. After graduating from Lisgar Collegiate, he was a proud member of Science ’51 (BSc Engineering Chemistry) at Queen’s University. He continued his education with an MD, CM (McGill University) and a PhD in Biochemistry (Queen’s).

During his undergraduate years at Queen’s, Gilbert’s sister Mary set him up on a blind date with Ardeth Justus (Arts ’52). They married in Chesterville, Ontario on June 2, 1956.

In 1965, Gilbert began his career as a clinical biochemist at the Hospital for Sick Children in Toronto. He was a pioneer in laboratory automation and became Biochemist-in-Chief. He simultaneously rose through the academic ranks at the University of Toronto in what is now the Department of Laboratory Medicine and Pathobiology. His professional leadership was recognized with a lifetime honorary membership in the Canadian Society of Clinical Chemists in 2011. Gilbert retired from SickKids in 1995 and took on a second career in medical informatics with a focus on electronic health records and standardization of laboratory measurements.

From a young age, Gilbert had a taste for adventure. At 17, he was a crew member on the RMS Nascopie, a Hudson’s Bay Company ship, when it sank after hitting a reef off Beacon Island near Cape Dorset in July 1947. As a medical student, he provided first aid to fellow passengers when the train he was on derailed between Kingston and Montreal in October 1955. Gilbert and Ardeth made their first international trip together to New York City in September1953 and, over their 64-year marriage, travelled the world together, visiting every continent, including Antarctica.

Gilbert was an advocate for conservation and an enthusiastic naturalist. From track and field at Queen’s to tennis, canoeing, hiking, cycling and windsurfing, sports and outdoor activities were an important part of his life. He would always rather be outside than inside. Gilbert was a skilled carpenter, dabbled in piano, harmonica and guitar and, in his later years, found a talent for gardening. His kindness, sincerity, integrity and calm presence made him an excellent teacher and mentor, and the best father that anyone could hope for. He believed that information is essential and that a good spreadsheet is the right starting point for tackling many challenges.

Gilbert is predeceased by his brother Donald. He is survived by his wife Ardeth, his three children, Margaret, Janet (David Palmer) and Andrew, his younger sister Mary Summerby, and many nieces and nephews.

The family would like to extend a special thank you to Dr. Ruth Farey and Mila, Esther, Teresa, Tony and Vera for the care and support they provided to Gilbert in recent years.

A private funeral service is being held. In lieu of flowers, please consider a donation to Fighting Blindness Canada, the Nature Conservancy of Canada or the SickKids Foundation. Online condolences may be made at www.colefuneralservices.com.

We extend our deepest condolences to our Hill family cousins for the passing of a very special man, father, husband, brother and uncle. His quiet, keen observation skills, his masterful intelligence and curiosity, his pride for his family, his sharp, dry wit and his lifelong commitment to deep caring and loyalty will be much missed, even as these are traits he has passed on to his children.

Entered November 4, 2020 from Kingston, ON Canada

Sad to hear of the passing of your father, Gil Hill. I worked with him at Sickkids for many years. He was a great and supportive mentor, and a friend. I wish to offer my condolences and sympathy on this sad occasion. As mentioned in the obituary, he lived a long, productive life, and his caring and supportive personality was greatly appreciated. He made a big difference in the lives of those he came in contact with.

My most sincere condolences to the Hill family on their sad loss of father, husband and friend to many.

I hold all of you in my thoughts and prayers at this sad time.

I am so sorry to hear of Gil’s passing, my sympathies to his family. Gil was my mentor in electronic health for many years and I am a better person for all that he taught me. Rest In Peace Gil, you have forever changed health care in Canada!

My sincere condolences to Gil's family. He made so many substantive contributions to improving health globally. I had the privilege of working with him in the context of international standards for health data, and appreciated so much his wisdom and expertise. His influence will be long-lasting, and he'll be greatly missed. 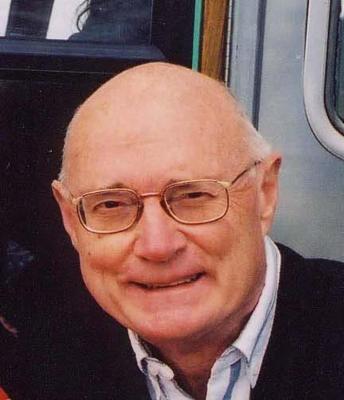