The portion of John Georgaras memorial that you are trying to access requires an extension in order to become active again. Would you like to contribute to the memorial?s extension? 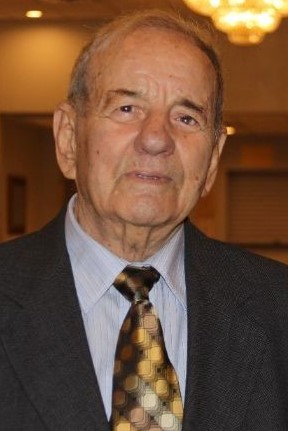 John (Yianni) Georgaras, passed away peacefully on October 23, 2020, at his home, just shy of his 91st Birthday. He was surrounded by his family, and died in the arms of Evangelia, his wife of 62 years. Their love for each other is eternal and it was a blessing that they were able to be together in the home where they raised their family, right up to his passing.

John leaves behind his loving wife, Evangelia. He will be deeply missed by his three sons and daughters-in-law, Demetrius and Laurie, George and Anna, and Konstantinos and Yiota, his grandchildren Katarina, Zoe, Alexandra, Yianni, Johnathan and Dimitri, and great-granddaughter Evangelia (Ellie).

Born in Greece in 1929, John grew up in Piraeus during WWII, losing his brother George in that war. He had countless experiences and stories of the most beautiful harbour in the world, the Pasalimani, where he lived through occupation and later met his beloved wife, Evangelia, the beautiful nurse from the Koufonisia who tirelessly and lovingly nursed him through his final days.

In the Hellenic Navy, serving aboard the Elli, John learned his trade as a mechanic, and in 1957, with $25 in his pocket, he emigrated to Canada with the help of his brother Christos who was already there, and he found a new home that opened its doors to so many from Greece.

John came to Ottawa where he transplanted his roots and grew his extensive family tree. He completed his training as a mechanic and electrician, making enough to bring Evangelia, his beloved nurse, from Greece. He made a loving home on Percy Street for over 60 years, raising three sons, and teaching them the values of family and taking care of each other. The family was always together for summer camping trips and visits to Greece to learn about family, history and what is important in life.

While raising his family, he toiled for over 30 years as the midnight shift mechanic at Canada Bread, keeping the assembly line operational, delivering over 100,000 loaves of bread to Ottawa every day. That’s a lot of bread over 30 years, and those were a lot of nights.

John believed in the importance of working for something with a bigger purpose, the community. He always supported and was seen as a pillar of the Hellenic Community of Ottawa. He turned his mechanical and electrical skills to support the operations of Greek Fest. He was a mainstay of the Festival and could always be seen running around with his toolbox, or in the lamb tent, or perhaps playing a game of backgammon with friends. With over 30 years of helping out at Greek Fest, well, that’s a lot of souvlaki.

As a father, he was quick to drop everything, and with his trunk full of tools would drop in on his sons’ place to fix anything and everything. We all learned a lot. Being a mechanic on a ship in the Hellenic Navy taught him how to solve problems, and keep things going with what you have at hand, no excuses, just get the job done. With a repurposed widget, some wire and a lot of elbow grease, the Greek MacGyver could fix just about anything. His fingerprints are everywhere in our homes.

As a grandfather to Katarina, Zoe, Alexandra, Yianni, Johnathan and Dimitri, he enthusiastically took on the duties of picking up grandchildren from daycares and schools, loving each and every one of the thousands of miles he drove with his grandchildren. With each roll of the dice, he taught his children and grandchildren the finer points of backgammon and kept providing lessons to his final day. John was blessed to see Ellie, his great-grandchild, be born and grow.

At parties, festivals or whenever a good song about Piraeus was played, John was quick to jump to his feet and dance a Zembekiko, plates would fly and dollars would fall. As the family expanded, he loved getting together for birthdays, namedays, the holidays and so many special celebrations. He loved life.

He was a fighter to the end. With the help of the Ottawa Heart Institute, they kept his ticker going for over 30 years, giving him new leases on life that allowed him to see his family tree grow and set roots in his new home, Canada.

Now with his toolbox in one hand and backgammon set in the other, he is heading back to the Pasalimani and Tambouria in Piraeus to lay down a few more Zembekika, break a few plates and catch up with his brother George. He is smiling.

We will miss you Papou Yianni. Kalo taxidi. May your memory be eternal.

A special thank you to Dr. Eyre , Dr. Mielniczuk, the medical and nursing staff at the Heart Failure Clinic and University of Ottawa Heart Institute, caregivers and staff from Bayshore Home Health, St. Elizabeth Health, Your Care At Home Ottawa, Champlain Local Health Integration Network, and especially caregiver Veronica who provided such great care to John.

The funeral will be held on Thursday, October 29th at 11:00 a.m. at the Dormition of the Virgin Mary Greek Orthodox Church, followed by internment at the Pinecrest Cemetery.

Due to COVID-19 restrictions, the funeral will be private, by invitation only.

Live stream option will be available at: https://youtu.be/5gEAlVXohFo. This is a public link and can be seen by anyone who goes to the Hellenic Community of Ottawa YouTube channel. On line condolences may also be made at “https://cole.permavita.com/site/JohnGeorgaras.html” (this site).

In lieu of flowers, please consider a donation to the Dormition of the Virgin Mary Greek Orthodox Church, the Greek Ladies Philoptochos of Ottawa, or the University of Ottawa Heart Institute.

For donations to the Greek Orthodox Church: See below for online donations. Alternatively, make cheques payable to the Hellenic Community of Ottawa, 1315 Prince of Wales Dr., Ottawa, ON K2C 1N2. You may also leave a message at the church office at 613-225-8016 ext. 222. In the Donation Note, please indicate “In memory of John Georgaras”.

For online donations to the University of Ottawa Heart Institute or the Hellenic Community of Ottawa select donations tab at the top right corner of the page select then select Charity of your choice.

Our deepest condolences to the whole family. He was a terrific man. May he Rest In Peace.

Please accept my deepest sympathy for the loss of your loving husband, father and grandfather who appears to have touched so many lives with his brave life decisions, hard work and continuous presence. My sincerest condolences,

A wonderful life lived. A lovely story. My thoughts are with you and the family.

Please accept my heartfelt condolence for your father's passing. 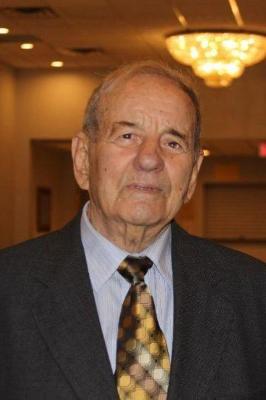