The portion of Irwin Leonard "Len" de Carle memorial that you are trying to access requires an extension in order to become active again. Would you like to contribute to the memorial?s extension? 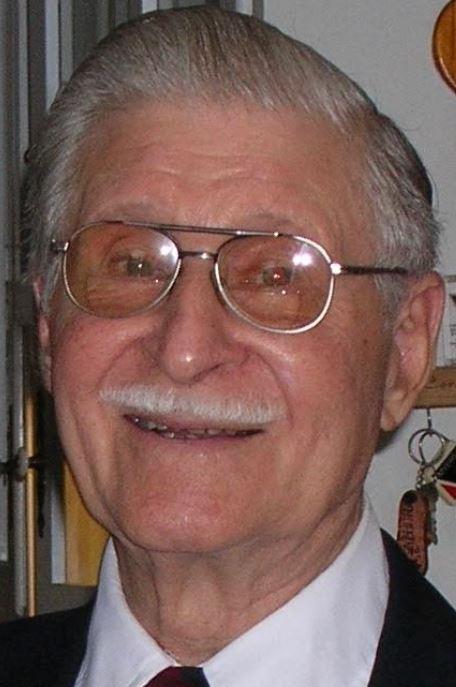 After nearly a century of his life’s journey, our dear patriarch, passed peacefully onto his next adventure. Beloved son of the late Bessie and Arthur de Carle and predeceased by his loving wife Audrey (Choquette), son Peter Leonard (Dianne Lawlor), and grandson Sean. He will be greatly missed. Last of his de Carle generation, he is finally being reunited with his sisters Aileen (Booth), Margaret (Findlay), Vera (Malone), and brothers Lea and John ‘Jack’. He is survived by daughter Anne Katherine Elizabeth (Wayne Behm), son John Gilbert (Phyllis Bouchard), and daughter Nancy Mary Ellen (Kim Stewart). Grandpa will be greatly missed by his grandchildren; Sean’s wife Claudia Fehres, Ryan (Geneviève), Darren (Arleah), Stephanie (Amy), Mathew (Robyn), Elizabeth (Terry), Joseph (Laurence), Kelly (Jason), and Laurel. He will be fondly remembered by his great grandchildren, Mathias and Emma, Fynn and Presley, Daphnée, Mason and Maddie, Seamus, Riley and Keenan, and Chase. Len always put his family first. Dad loved playing cards, especially cribbage, golfing, dancing, swimming and drawing up plans for everything. He loved playing his trumpet and the time he spent playing in the GGFG band, his time with UCT and the Knockers Club. He loved travelling with our mom. They were typical Snow Birds who spent most of their winters in Florida at Blue Parrot Park and their summers at the family cottage in Luskville. Thank you to the staff at Symphony Kanata Senior Retirement Residence, Champlain LIHN Bayshore Palliative Care team for their kindness and care. There will be a private family service and then a memorial service for relatives and friends at a later date. In lieu of flowers, Dad has requested a donation to the Heart and Stroke Foundation of Ottawa. On line condolences may be made at www.colefuneralservices.com.

I learned with sadness of the passing of Len, and offer my condolences to his family. In the many years that he was a resident at Symphony Kanata he was an example of gracious service to others. May he rest in peace.

Sincere condolences to the family. Always sad to bid adieu to a loved one. His smiling face will not be forgotten.

Sending along deepest sympathy
Len was a true gentleman who always spoke well of others. Audrey and Len were indeed a loving couple. I visited Len several times in Kanata with Linda Robar and we enjoyed some great conversation. He will be greatly missed.

I can't begin to tell you about my feelings for Len, and of course, his dear wife, Audrey. My husband Ernie and I became super friends of Len and Audrey in 1976 when we joined UCT. They were both a fantastic inspiration to both of us. I used to call Len every one or two months to check up on him; my friend Jackie and I visited him a few times. I remember speaking to Len about one/ one and a half, months ago - he remembered me and was so happy to hear from me.

Len and I shared a bond of our Great Grandson, Chase. He and his daughter Kathy, have provided me with pictures and thoughts of Chase whom I have never had the opportunity to meet. He reminds me a great deal of his Dad, Jason, my grandson whom I have always treasured but never hear from him.

Cathy would bring her Dad to our UCT luncheons and he truly enjoyed his outings.

I will really miss his jovial manner. I would like to tell his family, as ex-president of UCT, I have tried to contact all of the surviving members. I REALLY WOULD LIKE TO BE KEPT APPRISED OF A FUTURE VISITATION.

To Lenoard's Family my sincere sympathy. I was the piano player that accompanied the choir at Symphony Senior. I loved him. We shared our love of music. He would always have the songbooks on the chairs ready to go. May he rest in peace and may he blow his trumpet once again. 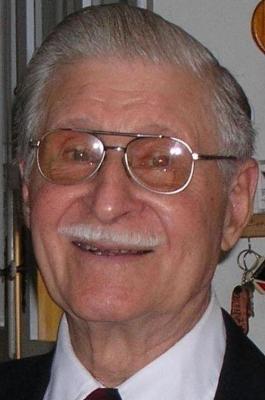