The portion of CHOOI YOONG LEONG memorial that you are trying to access requires an extension in order to become active again. Would you like to contribute to the memorial?s extension? 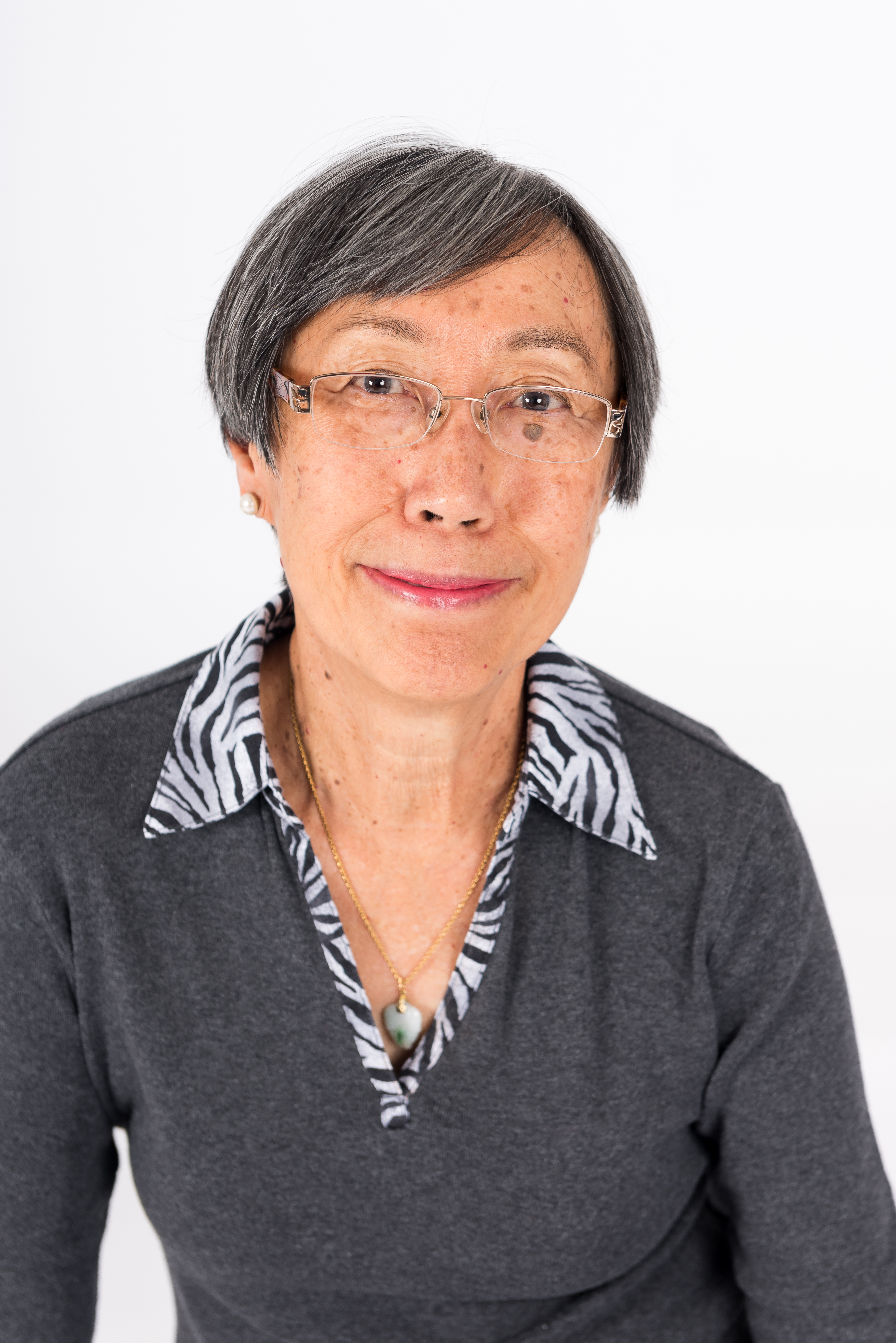 Chooi passed away on the 8th of April, during the pink moon of 2020. She died in the same way she lived the 75 years of her life, peacefully and with a smile.
Chooi was an extraordinary person. She was someone who did small and large things with great love and kindness. She brought joy to all of her family, friends and anyone lucky enough to cross her path. To her grandchildren, she was their favourite playmate and babysitter. Her visits were a source of happiness, from the moment she arrived with suitcases bulging with toys, to the tasty foods she made for them (pancakes, fried rice, curry chicken), the hours of games and reading. Chooi was also a trusted friend and helper, forever generous with her time, money, and positive energy. Thanks to her smartphone, she unfailingly kept in touch with friends and family around the world. She sent out so many joke videos one year that her eldest grandchild said “We’ll have to change her name from Grandma to Spam-ma”.
She was at home anywhere and everywhere, whether it was roughing it at a campsite or lounging in a luxury hotel (though we suspect she preferred the hotel). One of the things she exemplified was never to be afraid of trying something new. She proved it when she started the Shaun T Insanity workouts and went kayaking for the first time, in her 70s.
She was just as happy pottering around the garden pulling weeds as she was taking an international flight. In truth, Chooi was a travel cyborg. With all her children living in different parts of the world, she had endless energy at her age to travel and cross several time zones to visit them. She could whip from the domestic to the international terminals of MacDonald-Cartier, Heathrow, Charles de Gaulle, Frankfurt, or KLIA without ruffling her hair or lipstick.
Once she fell ill for a few days, but did not complain when we asked how she was. It turned out that her appendix had burst, and she needed emergency surgery. The doctor stared at her in awe during the diagnosis. In September 2018, at the age of 74, she travelled solo to visit Budapest, a city where she did not know anyone or speak the language.
In early August 2019, she was diagnosed with a brain tumor. In September, after bravely undergoing awake brain surgery in the hopes of removing the tumor, the doctors confirmed that it was grade IV glioblastoma, one of the most aggressive types of brain tumours. Chooi fearlessly underwent radiation and chemotherapy but in December found out that the tumour did not respond to treatment. Despite losing the hair on half of her head, she happily showed off her “stylish new haircut”.
In late January 2020, she was very weak and had lost much of her speaking vocabulary. We asked her: “Are you afraid of death?”
She popped up in her bed and her eyes sparkled. Using drawings, Google maps, and the words that she could still muster, she described her vision of death. She was standing on top of a high and windy hilltop overlooking the sea. On the path below her, she saw her family and loved ones standing on a grassy edge, waving to her, with the blue sea in the background. “You all were smiling at me and looked so happy,” she said. “There was only happiness around me. I called out goodbye, and then I moved upwards and further away, and all of you, the hillside, the sea, and the earth, became smaller and smaller until it was all just a dot”. After that, she sank back on her pillow and smiled. “I’m so glad you asked me. I’ve been wanting to tell someone for a long time.”
She will forever be cherished by her three daughers (Karen, Jessie, and Janet), her son (Leslie), her daughter-in-law Maria, son-in-law Achim, and grandkids, Alexander, Gabriel and Lia. We will all miss her deeply and can only hope to follow the path she has tread: to act out of kindness, cast aside the sadnesses of the past, and embrace the sunny side of life.
We sincerely thank you for the many messages that we’ve already received. In spite of her loss of speech in the final months, Chooi’s memory remained intact right up to the end, and she often spoke of all her friends and family. So if you have any memories or stories you’d like to share, we would love to hear from you.

Donations
Instead of flowers or gifts, we would appreciate it if you could make a donation to the following charities in honour of Chooi:
Hospice Care Ottawa: https://www.hospicecareottawa.ca/donate.html
Brain Tumour Foundation of Canada: https://www.braintumour.ca/ways-to-give/

Doña Chooi was an inspiration with her energy and constant smile. I had the opportunity of going on a couple of outing with her and also savoring her wonderful cooking.
My condolences to the family and friends.

A truly remarkable woman has been called to serve in heaven!

We were blessed for many years with her friendship, unconditional love, and honesty.

Chooi was one of those rare human beings who would always lift your spirit, cheer you up, and would give you reason to go on in life.

Whether we were celebrating a holiday or simply a quick visit to say hi, Chooi was the soul of the party!

One of the most important lessons we received from Chooi was her courage and joy to live in health and in sickness. Even in her days at the hospice, she always found the strength to be happy and show her appreciation to everyone around her.

We will forever thank The Lord for giving us the opportunity to cross paths with Chooi, our friend who always gave us her heart and big smiles!

Chooi, we say to you: see you later, please help us all enjoy life to the fullest, as you taught us!
We will miss you!

She was like a grandma to me. She took care of me when I was at my lowest; taught me so much, and inspired me too. Always encouraging and loving to me.
This one time we were at Sun Wah and a man spoke to her in Cantonese. When they finished she turned to me and told me what he said, "he asked me if you were my granddaughter and I said yes!".

I have been lucky enough to have known Chooi Leong as long as I have been alive. She treated me with such care and love as a grandmother. I remember her house as warm and inviting, filled with people who enjoyed her company. I will always cherish the memories I have of her energy, her sing-song voice as she spoke to herself, and her sprightly laugh.
Her strength and optimism has and will continue to influence me. I am proud that I can say I have known her and that she has touched my life as she has so many others.

I always admired her positivity, generosity,
liveliness and lovely spirit. I always will remember the cooking group in Winnipeg.
I will keep her wonderful e-mails, and recorded messages in my phone. I will share with other friends a picture of her feet she sent; after, she finished her pedicure took a picture and wrote "I am ready to go to your cabin."
One thing that she promised me was that we will be living together after I retire and move to live in the East. I always will be missing the fun time planned with her, that still is in my future. 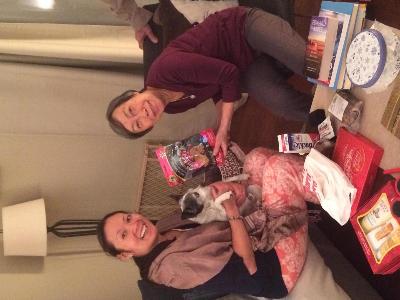 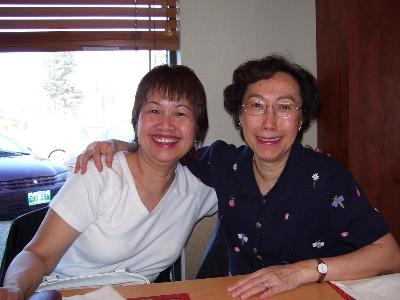 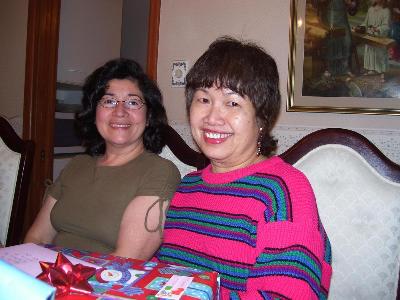 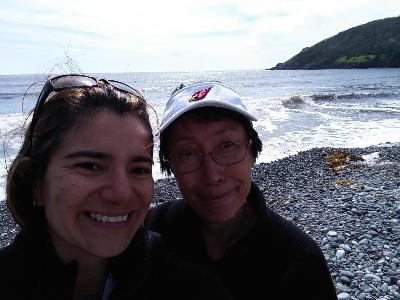